Give Me Grace by Kate McCarthy 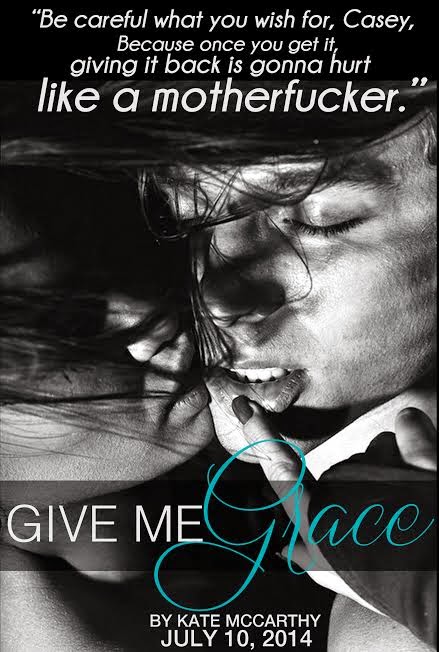 Romance, suspense, humor, real world problems, an all around awesome read 🎉 I love Grace and Casey, this story was so heartwarming and I found myself often tearing up. This is the third book in the Give Me series, but the first one I've read. I will be reading the first two for sure now! Grace is a model, who left home at 14 to take care of her family after her mother dies. Several years later, Grace meets Casey who does security for her brother's band. Casey showed a lot of vulnerability early on the novel. He's searching for answers to what happened to his family years ago. Both agree this is the wrong time for any relationship outside of a fling, and then the story really begins. I laughed out loud several times, teared up, found myself smiling. All of the above is what makes me love this story. This is part of a series, but was stated it could be read as a stand-alone, I think I might have benefited from reading in order, because of the side characters, I felt a disconnect from them, that I shouldn't, but it's obvious I should have felt connected from meeting them earlier in the series.
Posted by Unknown at 10:41 PM