#Freebie of the day! #OneClick


Chasing Justice, book 1 of the Piper Anderson series is FREE!!

Piper Anderson has been given a fresh start in the picturesque town of Edenville, North Carolina. But her plans of settling into a normal life are derailed when she witnesses a prominent judge in her community committing a violent assault. Running from her own past and fueled by a passion to make the judge answer for his crimes, Piper is forced to decide if she’ll play by the rules or achieve justice in her own way. Complicating things further, Piper finds herself fighting a powerful attraction to rookie cop, Bobby Wright. Although she’s increasingly enamored with Bobby, his staunch belief in the justice system is in stark contrast to her own. She may not share his opinions about the effectiveness of the law, but she certainly can’t deny how safe she feels when she’s in his arms or how every kiss leaves her desperate for more. For Piper, the idea of finally living an ordinary life with a man to love is tempting. However, fate keeps placing the judge, quite literally, in her path. Will she decide the only way to win is to be as wicked as the judge, but with righteous intentions? And more importantly, will Bobby choose to let her go, or follow her as she crosses the line and takes justice into her own hands? *Should Not Be Classified as Christian Romance* Piper Anderson Series: Book 1: Chasing Justice Book 2: Cutting Ties Book 3: Changing Fate Book 4: Finding Freedom Book 5: Settling Scores Book 6: Battling Destiny(Available September 2014) Piper Anderson Extras: Choosing Christmas - Holiday Novella - Chris & Sydney's Story Betty's Journal - Bonus Material(suggested to be read after Book 4 to avoid spoilers)

Check out a screenshot of these amazing reviews! 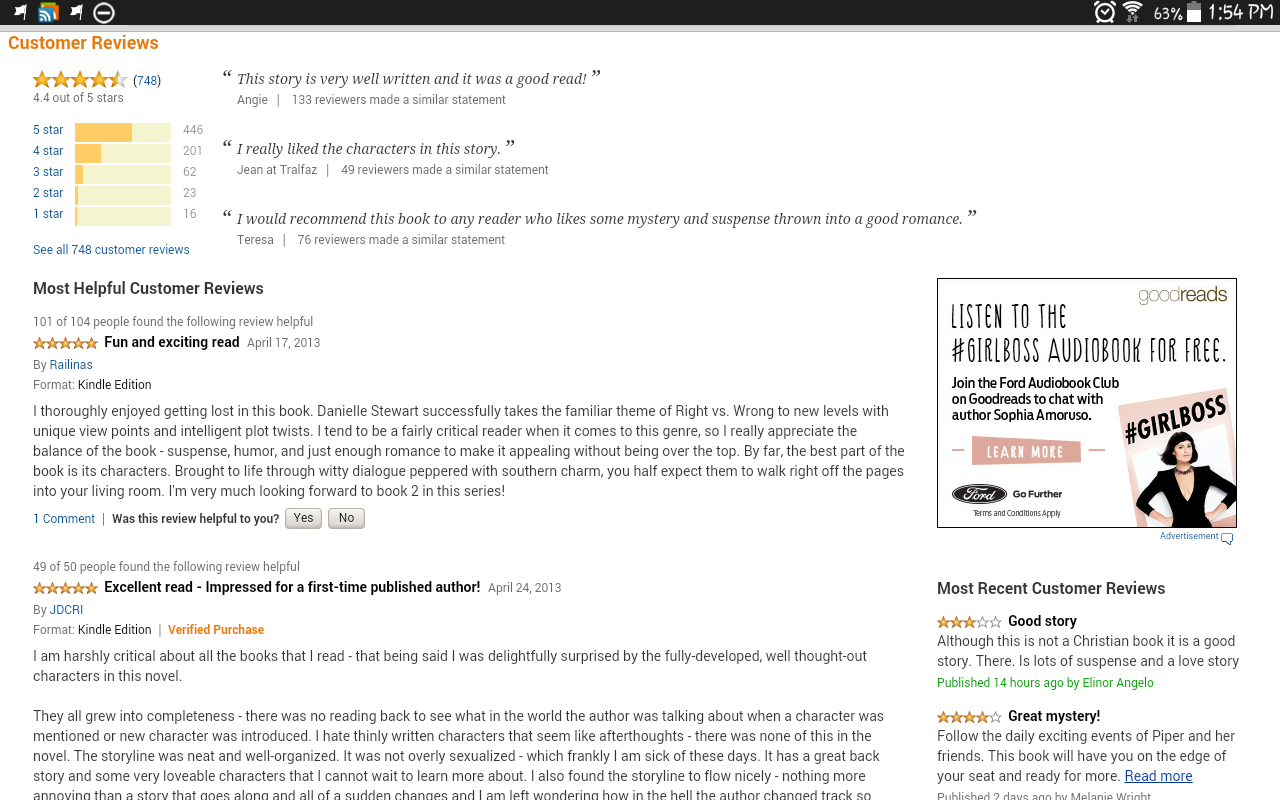